Skip Navigation
Home > Who We Are > People > Ryan McCormick 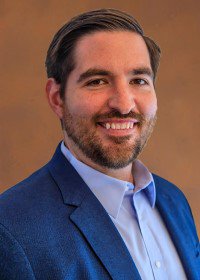 Ryan McCormick is the Project Manager/Principal Investigator for the Cold Operable Lunar Deployable Arm (COLDArm) lunar flight demonstration project. He served as the Mars 2020 Force Sensor Cognizant Engineer. In this role, he was responsible for the delivery of three force sensors in the Sample Caching Subsystem (SCS), including the first ever 6-axis force torque sensors for Mars. Ryan joined the Robotic Vehicles and Manipulators group in 2013.

Before joining JPL, Ryan McCormick worked as a Robotics Engineer at HDT Robotics. In this role, he was lead systems engineer to the design, prototyping, testing, and delivery of the Protector medium-sized unmanned ground vehicle (UGV) and "follow me" autonomy kit for dismounted soldiers. His graduate research focused on the development of miniature in vivo surgical robot manipulators.